Most people mistakenly think of Chinese food as one cuisine, but it's actually made up of eight different cooking traditions, each with its own unique characteristics. If you prefer fish and seafood to typical popular Chinese restaurant dishes like Sichuan pork and General Tso's chicken, here are four types of Chinese cuisine that you'll love.

Also known as Cantonese or Yue cuisine, Guangdong cuisine is one of the most popular types of Chinese food you'll find in Australian restaurants. One of this region's defining features is its fresh, authentic seafood. Guangdong cuisine tends to use very mild seasonings, such as chives, black pepper and slivers of ginger. Keeping spices to a minimum accentuates the natural flavours of fresh fish, so this cuisine is great for those who really love the true flavours of the sea. Some of the most popular seafood dishes from the Guangdong region include orange cuttlefish, sea cucumber and shark fin soup.

Shandong Province has a long coastline, so it's no surprise that seafood became the staple of its cuisine. Also known as Lu cuisine, Shandong food is light, crispy and salty. Like Guangdong cuisine, Shandong also uses minimal seasonings (mainly onions, garlic and soy sauce) to preserve the true taste of the fish. However, unlike Guangdong chefs who favour steaming, Shandong chefs typically stir fry fish at very high heat or fry it in batter. Braising is also a common Shandong cooking method; braised sea cucumber and braised shrimp are two of the most popular dishes from this cuisine.

If you like Japanese sushi, you'll love Zhejiang cuisine. In this region, food (including seafood) is often served raw and fresh. Instead of cooking the food, you may find that Zhejiang chefs serve it to you soaked in brine. Ningbo salty crab is a popular dish from this cuisine, made by soaking crabs in salty brine for 24 hours. Zhejiang or Zhe food is known for being refined, so you're likely to find it in a lot of high-end Chinese restaurants. Alongside raw fish, look out for fish balls in soup, as well as fried eel and fried cuttlefish rolls on the menu.

Last but not least is Jiangsu cuisine. Quite unlike the other cuisines on this list, which favour freshness and minimal cooking, Jiangsu seafood is cooked using elaborate methods. A combination of braising, stewing and simmering often goes into creating dishes that enhance the natural flavours of the fish. Hailing from the wealthiest province in China, this cuisine is also characterised by artistically presented gourmet dishes. Some must-try meals include sweet and sour mandarin fish and meat wrapped in shark fins. 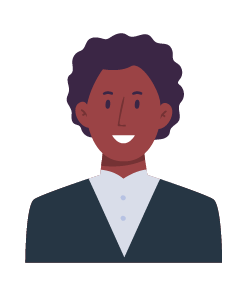